To start the New Year my web site has had a makeover, but it is not just a change to my 2014 new look, visitors can now browse my site on their mobile phones and tablets with the new compatible formatting.

The screenshots demonstrates below how this site looks on an Samsung Galaxy S3 compared to how it used to look previously. Thanks to the new CSS media query features in CSS 3. 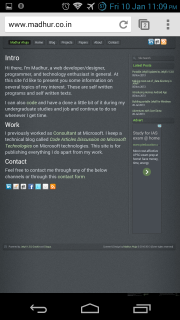 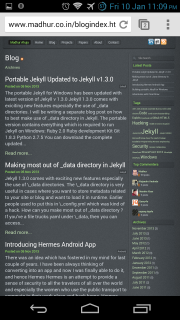 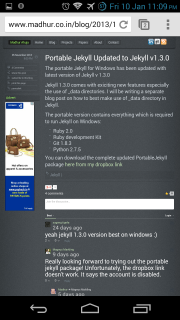 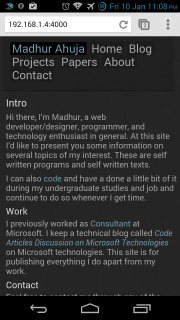 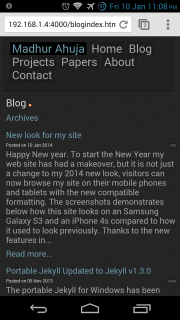 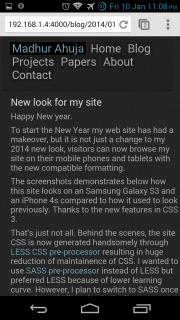 I believe the new look is much more responsive.

That’s just not all. Behind the scenes, the site CSS is now generated handsomely through LESS CSS pre-processor resulting in huge reduction of maintainence of CSS. I wanted to use SASS pre-processor instead of LESS but preferred LESS because of lower learning curve. However, I plan to switch to SASS once I learn it as I believe that is the future.

The design of this site is heavily inspired from ActionBarSherlock. Thanks to Jake Wharton

Leave on in comments, how did you find the new look of the site !!