Yesterday, I observed painfully slow debugging in IntelliJ. Every step over or step in took almost 10 seconds to perform.

It was a simple Java console application having about some 88k entries in few arrays. I had successfully debugged applications having millions of entries in arrays, lists and maps before without any performance issues.

This toString() implementation was looping over all the 88k items and IntelliJ is configured to evaluate toString() after every step.

Incase you are experiencing slow debugging issues on IntelliJ, do make sure that this setting is turned off. 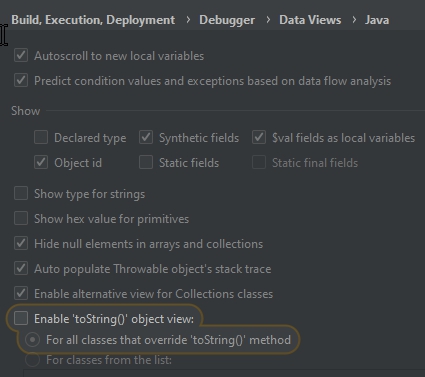