Distributed transactions rollback are a tough beast. There are many patterns to solve this such as:

In this post, we will look at one of the example of a problem and how to solve it using the Saga pattern.

Let’s say, we are an e-commerce platform and building a backend service for taking and submitting orders. 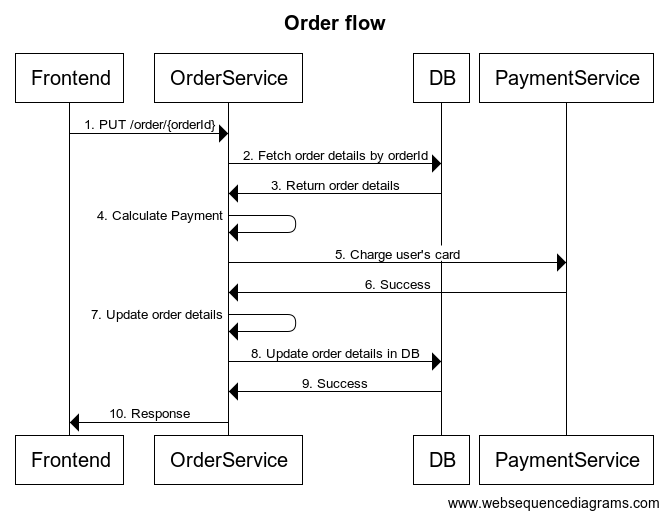 Now, Just assume, what would happen if an intermittent database failure is to happen during operation no. 8, i.e. while updating the order details to database. We have already captured the payment from user’s card. If the user retries the failed operation, we will end up double charging the user. Even if the user doesn’t retries, we have charged the user and because of unsuccessful DB operation, the order most probably won’t be fulfilled because the details are not captured itself.

This can be handled as follows: 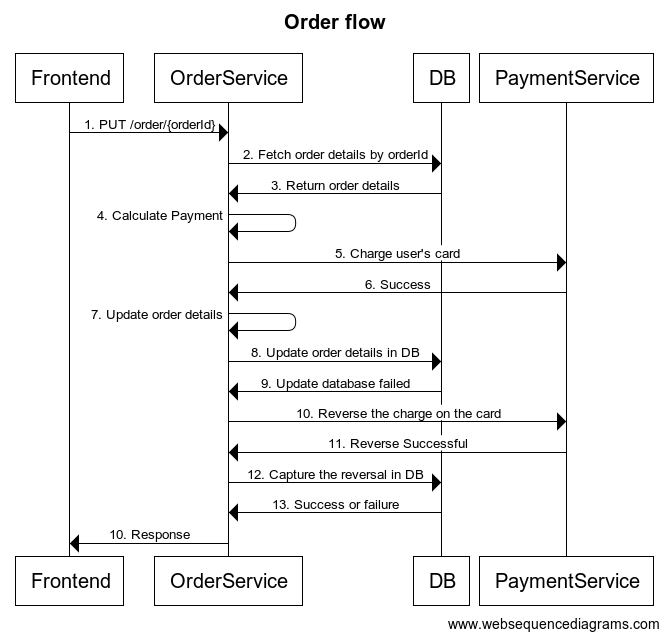 In the modified flow above, what we are doing is after detecting the database failure, we are calling the payment service and canelling the charge, whatever was made before the failure. This way, even though, the overall operation failed, we havn’t charged the user extra money.

Things become interesting, when you see what would happen if operation no. 10 also fails. We are in same problem again. We have failed to return the money to user card probably because payment gateway was down, or there was a service timeout etc.

In this case, there are two approaches to solve it:

The problem with this approach is that since the database was unavailable intermittently, this database status update also is going to result in a failure in most probability. 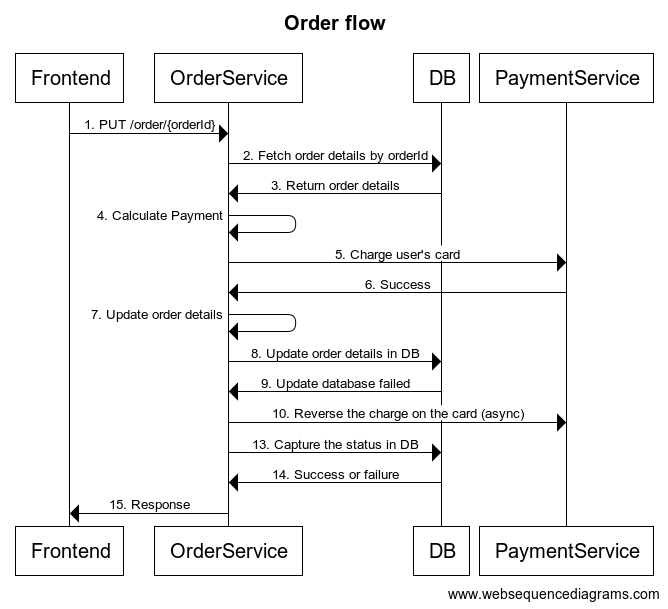